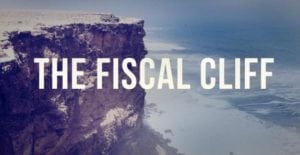 The Shutdown. The cliff. Okay, so the news pundits seem to say it’s over. We have a Continuing Resolution, a reprieve from the Debt Ceiling, and the toddlers on The Hill are acting a little older. But, over? Surely not. Even worse, the impact on healthcare seems far stronger than what I’ve seen in the general press. Some personal opinions here:

First on my list of healthcare bombshells comes the Doc Fix. You know, the timebomb in the SGR (Sustainable Growth Rate) formula that threatens to bring Medicare to its knees. The one that returns every year or two to terrorize the doctors, the seniors, the Congress and the Medicare Trust Fund.

It’s the timebomb always brushed under the rug until that “tomorrow” that never comes.

Well, the SGR cliff hits again, the end of December. The fix was supposed to be part of October’s grand agreement to end the shutdown and act like grownups. And wasn’t. So now we have a January 11 deadline for the post-shutdown deals but a January 1 deadline for the Doc Fix. Not something to make the AMA happy!

Ignoring the Doc Fix is not an option. Period. This means Congress may spend New Years Eve finding the money for a patch. The holidays are never a good time to fix a 30% cut in doctor payments – a lesson we should have learned from years past. Sigh.

Who’s at risk under SGR? Any physician or other provider in an outpatient setting. Clinics like dialysis or hospice that depend on physician input. Drug companies who won’t make as much money if doctors really do quit serving Medicare patients as they claim. The list goes on.

Wall Street won’t be happy, and neither will Mama whose access to care might suffer. And when Mama ain’t happy….

For pharmaceutical manufacturers, both pioneer and generic, a sequester or even total shutdown isn’t necessarily a bad thing.

There’s certainly some bad news. FDA staff can’t process a pending NDA, and NIH can’t maintain its promises in collaborative research. But there’s also room for a sigh of relief, as the plant inspectors can’t find travel funds to make their scheduled stops and Citizen Petitions stop putting anticompetitive roadblocks in the path to market.

Of course, happiest of all might be the pharma lobbyists – they now have a chance to hit The Hill and push for a legislative solution to what at heart is a scientific issue. The billing clock starts dancing in a lobbyist’s head like a sugar plum fairy.

Do I sound cynical enough – well, no, there’s no such thing as too cynical in this area. This is Washington during budget crisis time. Sigh.

Hospitals – whipped from all sides.

Who would have guessed that the patient satisfaction ratings (“would you like more Starbucks before the parking valet arrives, Mrs. Jones?”) could be the financial savior for many academic medical centers? Sigh.

The technical impact of the cuts is far beyond a blog post. But bottom line, I feel for any institutional provider dependent on Medicare payments. (I’m not referring to Medicaid payments, which may be less dangerous a shot.)

Supercommittee – maybe not so super.

Before this round of Shutdown, we were worried about the Sequester. Remember how we fell into that trap? The Bipartisan Supercommittee made some broad budget recommendations, together with a neutron bomb of a deadline that would force a budget sequester so awful that all of Congress would know to avoid it.

Except, some in Congress seemed to think the Sequester bomb might be sorta fun. So, off the cliff we went.

No one has talked much about the Sequester for a while, but it’s returning next Spring. The healthcare impact is about the same as last time… unless of course you’re looking at Medicare and Medicaid. [And, keep in mind there are new losers like defense on the scene, bringing lobbyists from every single District into Washington. Ouch.]

Health and science agencies will feel particular pain from a new sequester, because they channel so much research and data analysis through contractors. Contractor funding takes a special hit in a sequester, compared to an Agency’s own staff. Even a small cut in Medicare drug payments ripples quickly through the Most Favored Nation world of other healthcare purchasers.

I could go on with dreary news, but it’s simply too depressing. Sigh.

We’re likely to have another big Commission to help “fix” the problem, because government’s answer to a shutdown that “closes the Washington Monument” is to “establish a Commission.” (Those both refer to inside the Beltway jokes. Write me if you don’t know them yet.) And of course, a Commission could cure everything, eh?

Maybe the way to cure everyone’s ailment is simply to establish a Commission? If it’s good enough for Congress, maybe a Commission could keep people healthy instead of expanding Medicaid….

You know, I’m looking out the window of my new, uber-cool offices and viewing the Capitol Dome (see, I told you uber-cool). I just want to walk down the street and shake somebody by the shoulders until they see what they’re doing to the healthcare system.

If only I knew whom to shake. Sigh.