There’s more brewing in US health reform than ever. Is this good or bad for the world of pharma?

When Obamacare passed, big pharma privately smiled  –  anticipating bigger US markets (as “everyone” got insurance) and bigger profits (as drugmakers stayed a step ahead of pricing reforms). This glee turned out to be… all wrong.

We now see, many of the newly-insured are in Medicaid (where pricing is low and rebates high). Perhaps worse for industry, price talks are less-frequently involving the government itself and more with PBMs (and GPOs, MCOs etc.) whose negotiating strategies might outshine the government’s.

The pharma industry doesn’t seem to be smiling anymore.

While last year was all about drug pricing abuses (Shkreli, Acthar, gross-to-net), 2019 seems to expand the spotlight to new directions. All of Medicare drug pricing is in play (Parts B and C/D). The full range of patient-level copays and coupon support is on the table (on which I lecture frequently), as are many Gag Rules and clawbacks that leave price transparency as roadkill. Specialty pharmacies and patient “assistance” cards are on the screen, too.

Congress is holding more hearings, with an agenda extending to Obamacare replacements (as the Feds just asked the Fifth Circuit), to narrow networks with ultra-thin formularies, and to empowering those managing federal Rx benefits like Part D plans and 340B clinics. As if these uncertainties aren’t enough, there are words like Amazon and JPMorgan-Chase heightening everyone’ fear of the unknown. And the actuaries pulling together Medicare’s 2020 bidding in Medicare Advantage, like all actuaries, hate the unknown.

No wonder industry seems unhappy. This is a year with nowhere for drugmakers to hide.

It’s not politically-correct for drugmakers to fight back. One enemy, for example, is section 340B, that “mom and apple pie” program that helps nonprofit health clinics targeting rural areas, HIV clinics and the uninsured. You can’t pick a fight with mom or apple pie. Medicare drug plans are another untarget-able enemy, because Part D helps vulnerable seniors and the pipeline of important drugs. It’s also dangerous to take a stand on Medicare-for-All (or -America or -Some) since that’s become a partisan fight song in an era where staking a partisan position is very dangerous.

Broadening any government price reporting framework brings the risk of loopholes and gamesmanship that eliminate any benefit to National Health Expenditures. This means “getting it right” in the details of upcoming legislation will determine whether reform is good (for the industry) or not.

So what’s the answer? That’s certainly not clear (although there may be good money to be made in trying to make it so). But what are some areas to monitor as things unfold: 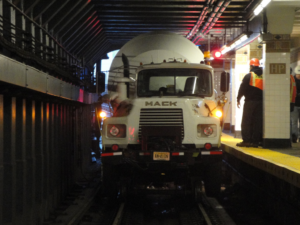 So, where ARE the helpful topics for reform, and what’s the chance we’ll get there in 2019? Let’s start by looking at who has drug coverage and whether it’s effective coverage. Reimbursement, not pricing, is what seems to drive the Benjamins, baby.