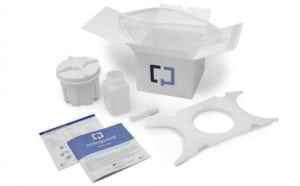 Cologuard, the whiz-bang colon cancer test from Exact Sciences (EXAS), is the star of quite a three-ring circus in Washington this month. FDA is close to marketing approval, and a parallel track is evaluating Medicare coverage, but most folks are watching the show in the big ring – the price Medicare will pay for the test.

One hint for following the show — set your binoculars on the staffers making the decision. A hint to the answer: good news for EXAS. Read on for details.

For investors who’ve been living under a rock, Cologuard is a screening test for colon cancer. An expensive one. FDA’s Advisory Committee just approved it, and FDA itself should follow suit shortly. In a rare bureaucratic lovefest, Medicare (CMS) for the first time is making reimbursement decisions on a parallel track with FDA’s review. This means Medicare’s all-important payment rate might also be announced shortly.

These numbers are coming none too soon. With Cologuard the only blockbuster in its pipeline, Exact Sciences will “live or die” by whether this test makes money. “Live or die” also applies to those betting EXAS like the Belmont Stakes. We’ve seen a few spikes up, a few down, and a steady rise overall. [52-wk low 9.38, high 15.60 as of May 2, 2014]

Where do we find the tea leaves to read for Cologuard’s reimbursement rate? Let’s start with where not to look.

For example, forget the scientists. The scientific questions are already pretty much over. FDA’s Advisory Committee is thumbs-up on the medical science, with the full Agency soon to follow.

(The brand-new parallel track review means CMS is relying on FDA’s science, which is far different than contentious coverage battles in the MedCAC past. So it’s time to move on from proving how great Cologuard works, or how many lives are saved.)

Next, forget the actuaries. All the bean counters are pretty much out of the picture, even though the impact on Medicare’s Trust Funds could be huge. The reason is simple – coverage decisions can never be based on simple cost. Against the law. Won’t happen.

(My proof? Remember Provenge, the $90K prostate cancer vaccine? Folks seemed to think the cost would drive either approval or reimbursement, with nobody ever reading the right laws to see that was just wrong. Wall St ignored the beltway – again.)

Finally, don’t follow the conspiracy theories that lobbying CMS or the White House will change the result. While higher-ups can (and do) intervene in difficult decisions, any backroom deal here could slap an “arbitrary and capricious” label over the process and send things back to square one.

(War stories, upon request. Basically, though, the risk of future legal battles to an Agency boils down to two things — do they think they’ve got a plausible argument, and have they followed procedures. Executive intervention can destroy that second requirement — check your files on Copaxone or Part D or a long history of such [arguable] attempts risky business.)

So, where can we read some tea leaves? I’d aim my eyes way down Medicare’s organizational chart, to the diligent civil servants who toil each day in the fields of coverage policy. CPT and HCPCS codes, gap-fill and crosswalk analysis, MAC and MedCAC and the rest of the alphabet soup. The hardworking folks who do their jobs, go home at night, and feel good about it.

To imagine what these staffers want, just put on a bureaucrat’s hat. (It’s not hard.) You want your work to stay out of the headlines, away from controversy. You want evidence in your files to cover your (back) when your records get subpoenaed. You want a broad basis for your calculations, so you don’t have to re-do everything whenever Congress changes the law (already in the works) or some Physician Fee Schedule reverses policies. This isn’t rocket science, although it might take a little extra effort to build a decent model.

Sometimes, Washington isn’t a complicated mess of politics, finance, and regulatory footnotes. Sometimes, there’s no need for a wonk-fest of gap-fills, crosswalks, or dramatic White House intervention. I could jump into the technical details of these arguments as comfortably as any of my former bureaucrat colleagues…. but it might not really matter.

Sometimes the story line is as simple as Revenge of the Nerds, or more accurately Night of the Bureaucrats. And it seems Wall Street doesn’t get this channel for Cologuard. Perhaps investors just need help getting in touch with their inner bureaucrat.